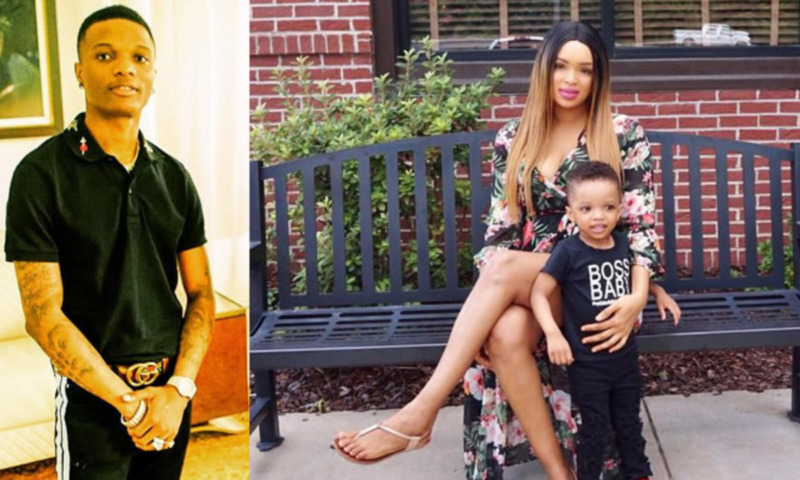 It is no longer news that Wizkid and his second baby mama have a rocky relationship. Binta on several occasions took to social media to call out the singer for being a dead beat father to their son, King Ayo. However, it appears things are good between them now. Binta hosted a Q&A session with her fans and they were curious about her relationship with Wizkid.

Two fans asked if her beef with Wizkid has been settled and if she has forgiven the “No Stress” singer, she responded stating that all is well. Binta described 2020 as an eye-opening year which has led her to forgive people who wronged her and to also seek forgiveness from people she has wronged. She also disclosed that she and Wizkid’s first baby mama, Shola are close and described her as the sweetest person ever.

When asked to describe the “No Stress” singer, she called him the  “King of African Music” Another fan asked what she would do if Wizkid asked her hand in marriage, she laughed it off writing, “Come on Guys”.

See the video below: