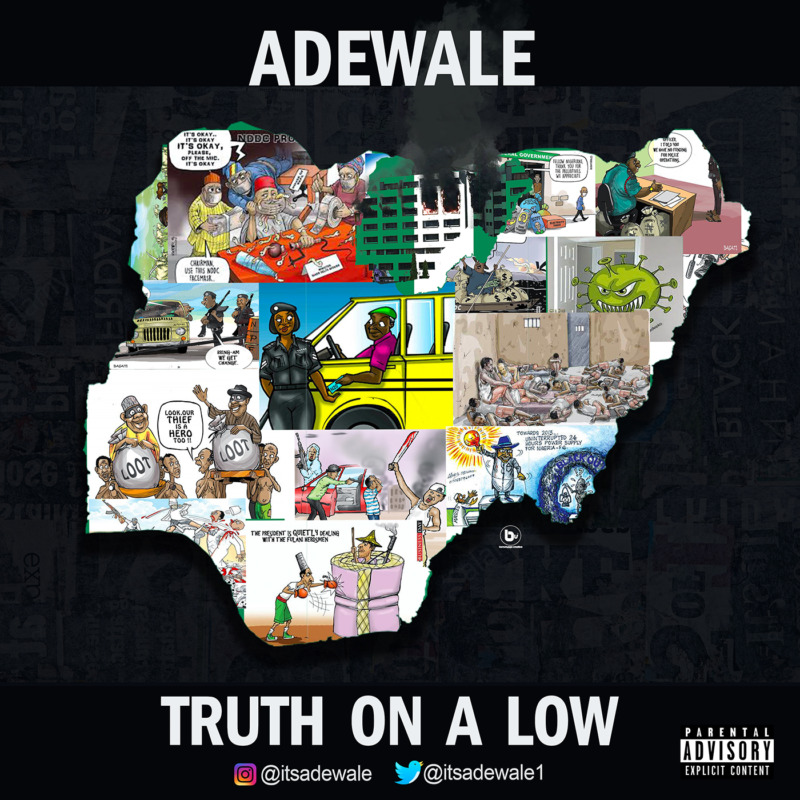 “THE BAD LEADERS DESERVE SOME ACCOLADES AND NOT JUST THE GOOD LEADERS BUT THE PROBLEM RIGHT NOW IS WHO WILL PRESENT IT TO THEM AND WHO WILL COME OUT FOR THE AWARD”. – ADEWALE

Adewale aka Ogaade, an up-and-coming Rapper and singer has released his 2020 debut single titled “Truth On A Low”. The song is inspired by the insincerity of Nigerian leaders to the masses and also exposed some ills in the society. This is following his 2019 hit single “Better Days” that got assist from the Zanku dance originator, Zlatan.

With the song Truth On A Low, Adewale has joined the league of the other great Nigerian musicians like the late legend Fela Kuti, Femi and Seun Kuti, Eedris Abdulkareem, Falz, Burna Boy amongst others who have risen against bad and corrupt leadership.

Adewale acknowledged in the song some fake freedom fighters he nicknamed “FAKE FELAs” who say the truth in the open and go behind closed door to take bribe and he as well noted the real ones even though none can be like Fela Kuti “too many Fela but no one can be like Fela Kuti” and this tune that will announce Adewale to the world… Listen and Enjoy!

GET On Other Streaming Platforms

2. THEN MAKE A CREATIVE TRILLER OR TIKTOK VIDEO EITHER VIBING, ACTING, DRAWING, OR DANCING TO TRUTH ON A LOW BY ADEWALE