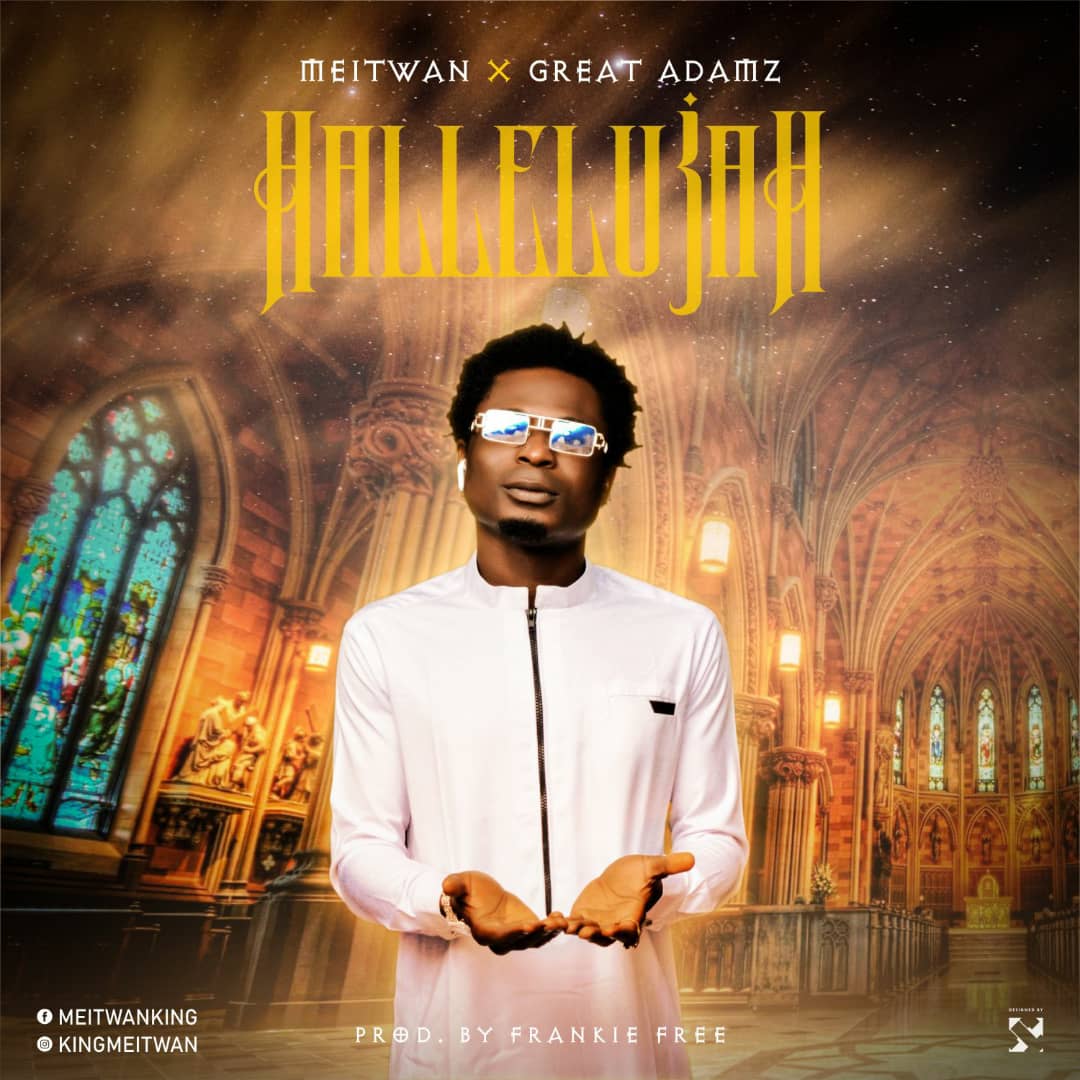 With an exciting set of songs in his musical arsenal, all fueled by a plethora of Soul felt within them, Warri-born rapper and Chemical Engineering graduate, Meitwan, is set to release his latest offering, the Frankie Free produced number titled “Hallelujah“; teaming up with UK-based raving act of the moment, Great Adamz.

Both musical recording acts give up another feel of a sequence once felt back in the year 2016 when they came together to give fans the Maro Klassiq produced serenading tune, “Better Thing (Adura),” and yet again, they drive home this Gospel-based opus – “Hallelujah” is that piece of music which breathes life into the down and out as thanks can be seen being given to our creator – listen up and share your thoughts on this musical composition which is sure to stand the test of time.

Meitwan has done well for himself within the Nigerian music industry with previously-released tunes such as “Igimo” and “Lover” which were both released in the year 2016 alongside the Becky Moses assisted number, “Better Thing (Adura),” which also featured Great Adamz.

The year 2020 has also seen Meitwan release “Solo” and “Pain Me,” and “Hallelujah” carries on in the greatness of the Warri-born as his third official single for the year 2020 – listen up and share your thoughts. | ENJOY!!!

Nigeria vs Tunisia: Why it will be difficult to pick list for AFCON qualifiers – Rohr