The Personal Assistant to President Mohammadu Buhari on New Media, Bashir Ahmad, has revealed that action will be taken against Federal Special Anti-Robbery Squad (F-SARS).

Bashir made this known via his Twitter handle on Friday, while reacting to the nationwide outrage by Nigerians over the unlawful operations of SARS officials.

According to him, the President has received a briefing about the unfortunate incident and actions will be taken soon.

“Good people of Nigeria have every right to protest the police brutality or anything they see is not going on well.

“The President was briefed yesterday by the IG of Police, I am very sure action will be taken and in the best interest of Nigerians. EndSARSProtests,” he said. 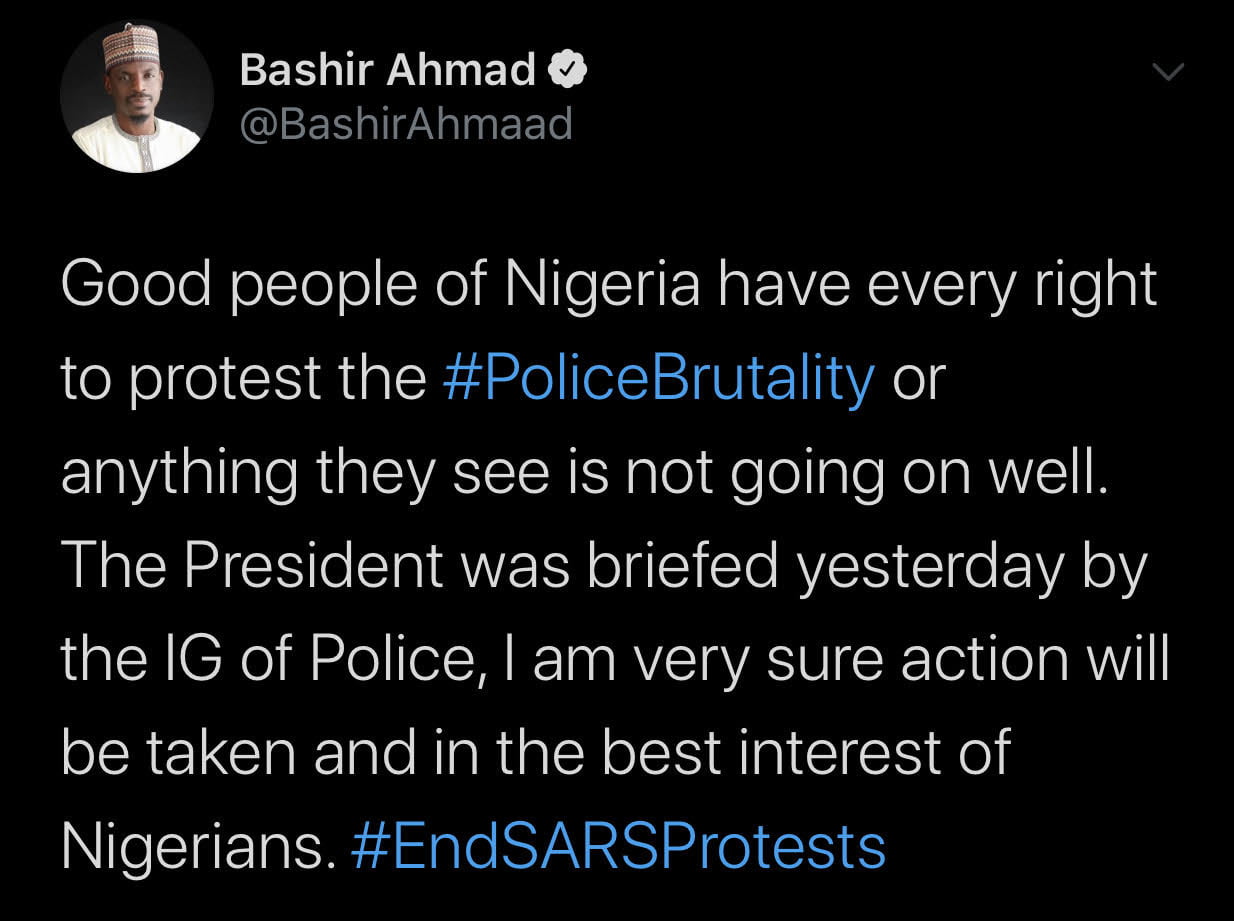