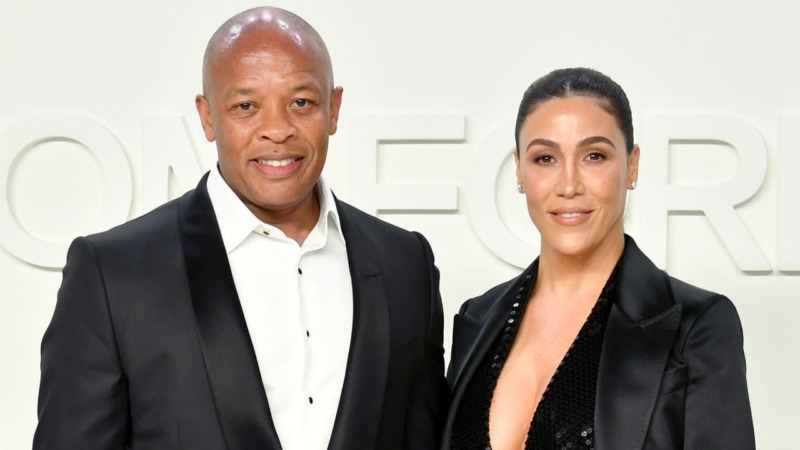 The rapper will not have to pay his estranged wife, Nicole Young $6.5 million in expenses following their divorce. Nicole had requested that Dr. Dre, 55, pay $5million in fees she’s spent on their divorce as well as $1.5 million her for various expenses, such as security as her legal team said she’s been threatened amid the split.

The judge, however, dismissed her request, noting that she had previously fired a security detail the rapper had hired for her. TMZ reported that Young’s legal team argued that she wanted to hire her own team because Dr. Dre was using the security team hired by him to control her. “She claimed Dre threatened to fire the security if they didn’t follow his orders,”

Dr. Dre’s lawyer, Laura Wasser, said that the rapper is still willing to pay all of Young’s expenses pending the divorce, including a security detail. The judge ordered that Nicole could select a private security company for her personal protection, but it can’t cost more than Dre was paying.

The judge also rejected Young’s request to have a January hearing regarding the $5 million for attorney’s fees moved up to this year. According to the judge, there are serious domestic violence and custody cases he has to deal with, and that if she felt her life was in danger, she should file for a restraining order from the rapper.

Earlier this week, Dre rejected his estranged wife’s request that he pay $2 million in monthly spousal support expenses, claiming that he’s already footing the bill for her every need. Dre and Nicole Young married in 1996. It was the first marriage for the rapper as Nicole was previously married to NBA player Sedale Threatt. The pair share two adult children together, daughter Truly Young, 19, and son Truice Young, 23. The rapper also has four children from previous relationships.